An open letter to church planters (and others)

I write this open letter to church planters because of the importance of the work you do, because I have a heart for pioneers and risk-takers, and because I pastor a church that believes in church planting and lives it.

But, the truth is this letter is for pastors, leaders, and believers of all stripes.

This is a dark world, and times are (to use the nicest term I can think of) precarious.

These indeed are days when people have started to call good things evil and evil things good. Doing the work you are called to often feels fruitless at best and dangerous at worst.

But you, we, are not alone. The Apostle Paul was a man who knew how to suffer for the sake of the Gospel and kept his joy. This rock star pastor saw the miracles of God drip from his fingers and proclaimed that any suffering here is light and momentary compared to the eternal glory that awaits.

If I could be frank, his strength, determination, endurance and spiritual prowess are so incredible that sometimes… I really dislike him.

Maybe that’s why I was drawn to Acts 18.

The rejection was so public and defeating that Paul “shook out his garments and said to them, ‘Your blood be on your own heads!'” (Acts 18:6)

It was an obvious low point for Paul, and maybe this says more about my brokenness than his circumstance, but this is where I started to like him again.

He apparently doesn’t wear a cape; this guy bleeds too. Now we can share a cup of coffee and lick our ministry wounds.

But, at just this point in the story, we see one of the rare ‘red letter’ passages in the book of Acts.

“And the Lord said to Paul one night in a vision, “Do not be afraid, but go on speaking and do not be silent, 10 for I am with you, and no one will attack you to harm you, for I have many in this city who are my people.””

I don’t believe we doubt the continual presence of Christ with us, even in the dark times.

I bet most of us don’t struggle with speaking up, even when the world tells us to shut up.

And most of us have just settled in with the knowledge that attacks will come, and personal loss is a part of the game.

But did you catch that last part?

“For I have many in this city who are my people.”

I wonder if Paul woke from his vision and said, “Really… where are they?”

Paul couldn’t see them because God talked about His “already not yet” church. They were unknown, unreached, unconverted, undisciplined, but they were there! When Paul was ready to shake the dust from his feet and move to someplace where things were more fruitful, God showed up and allowed him to see through the eyes of God.

God was doing more than Paul knew, expected or could even begin to understand.

This same chapter says that Paul’s response was to plant, dig in and commit. He stayed there for 18 months, even in the face of failure. He adjusted his ministry to focus clearly on his calling.

That’s when God did what only God could do:

I don’t know where you are right now leader, but don’t give up.

God is doing more than you know, expect or can even begin to understand. Many in your city are already His, starting with you.

Seeking more of Him and less of me, 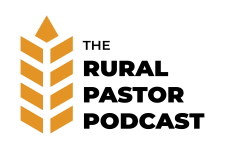